I don’t mountain bike.  I wish someone had reminded me of that last week. It’s easy I was told.  It was not, despite the fact that there were no mountains involved.

We were on pavement when we started up the South Downs, a lovely series of rolling chalk hills south of London. Paths and trails on the Downs have been used for 8000 years.  Although a brisk 12°C and overcast, it sounded manageable and I needed the practice for an upcoming bike trip in Albania. Taking the road to the top is cheating I understand but it suited me well; I think the cross country route was meant for goats. The pavement was short lived, however, and once on top a glance at the trees told me this would not be easy.

I was hopeful that the beautiful views would make up for the strong wind and that the grass would be manageable as a result of walkers and sheep.  The former might have been true had I the opportunity to look up and the latter might have been the case had we stayed on the paths.

You see the trail map proved confusing and we managed only a few kilometres along the ridge (our intended route). It was after the wrong turn that my troubles began.

The path rapidly faded and the knee-high grass grabbed at my bike as I struggled through. I tried riding in the narrow gully but waist high nettles lining the sides scratched at my bare legs. Already out of breath, I lagged behind and so was relieved when the track disappeared completely. It meant I could rest during the debate about where we were and where we should be. When pointlessly I was asked what I thought, I pondered the map then gazed knowingly into the distance, vaguely pointing at things and offering some gibberish about landmarks we had likely missed and turns we should have taken. Secretly I began to think about lunch.

Gently lifting our bikes and then climbing over the barbed wire fence (as there was no gate) we continued on hoping to again reach the ridge. The continuous bouncing over very springy, large hummocks seemed endless, I worried about my camera and my hands went to sleep from my tight grip on the handlebars as I tried to stay upright.

Then came a long, steep stone and gravel descent. “Don’t touch the brakes” I was told. “You’ve got to be kidding” I replied, wondering if my travel insurance would pay to fly my body home.

Just as I was inwardly rejoicing at making it in one piece to the bottom, a very large, unavoidable puddle awaited me. Not knowing whether the puddle or the deeply rutted mud surrounding it were a safer bet I chose the mud. I slid, sank and came to a full stop having no alternative but to put one brightly coloured pink running shoe into the mud. Turning my wheel toward the puddle, I tried to pedal through it instead, hoping that perhaps the bottom was firmer. Mud spatter covered me from head to toe.  “Why do people voluntarily do this sport?” I wondered aloud.

I breathed a sigh of relief when I saw the trees, comforted by the thought of a smooth, firm path through the woods. 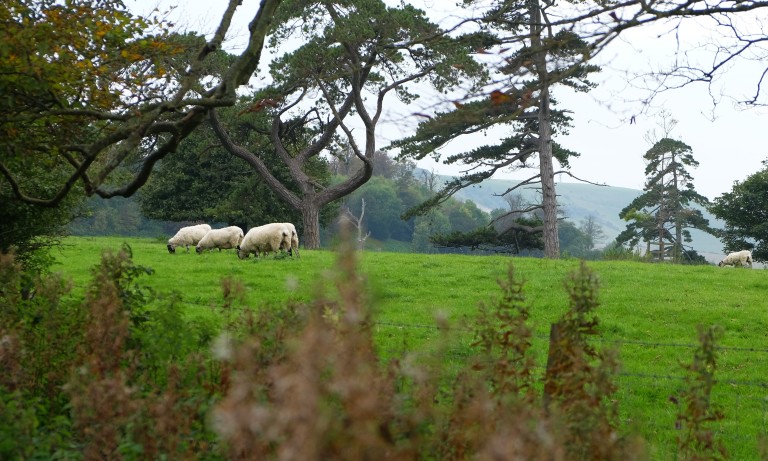 How foolish of me. Thick, exposed tree roots formed a staircase. I gave up, climbed off and pushed my bike to the top, emerging at a corn field. Neatly tilled rows – how hard could this be? Harder than it looks is the answer. Try riding over 100 speed bumps placed one foot apart. My legs were still stinging from the nettles, my hands still numb and my body sore. Keep your head down and carry on I told myself.

Hungry, cold, wet and muddy I was thrilled to finally see the road, knowing that where there is a road there would be a pub. It was warm and inviting. 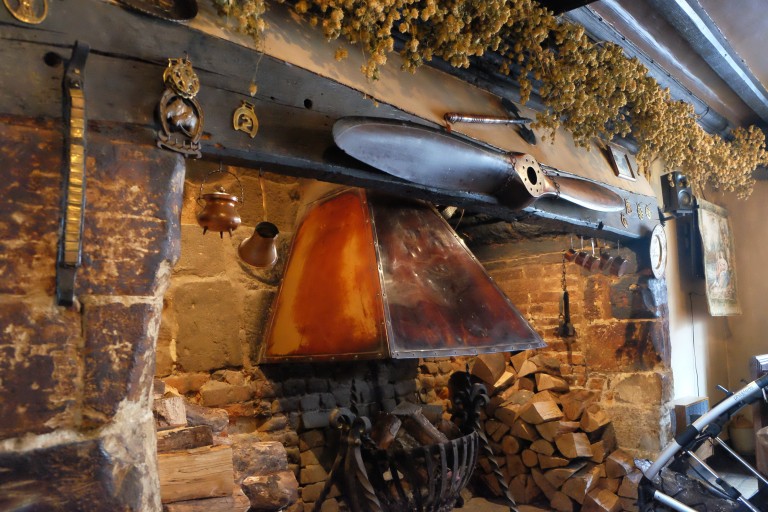 Not having bike locks, we tucked the bikes safely in the back garden. Although I kept silent, it occurred to me that perhaps if I left mine out front I might be fortunate enough to have it disappear.  At lunch I learned that we hadn’t made very good time and so would have to take the road home (now that we’d found it). “Oh what a shame” I said trying hard to suppress my elation.  Not only was I slow but keeping my head down in an attempt to avoid the next obstacle meant that I developed a better appreciation for sheep pat placement on the downs than for the scenic views of the patchwork quilt of fields leading to the sea.

The countryside really is lovely and it was nice to get outside and explore but mountain biking is not my sport; I’m just not very good at it. If the opportunity presents itself again please remind me of that.