When I told people I was going cycling in Albania, I received blank stares. Many weren’t sure exactly where I was off to, others asked “why?” One person thought I was heading to Armenia, another asked if I was in Romania. Squeezed between Greece, Montenegro, Kosovo and Macedonia, it is a country most neither visit nor know much about.

Under communist rule after WWII, Albania was closed from 1946 until 1992 when, with the collapse of communism, it emerged a poor and oppressed country. Opening its borders to visitors in 1992, it began to develop closer ties with the west but like many countries in transition, Albania was challenged in transforming to a democracy. Corruption and Ponzi pyramid schemes were rampant and brought civil unrest that peaked in 1997. In 1998, Albania renewed its constitution defining it as a parliamentary republic and tourism started to very slowly take a foothold.

Landing in Tirana, where one-third of the country’s three million people live, our group of eight cyclists were struck by the new buildings, bright lights, neon signs and chaotic hum of the city. We hadn’t expected this yet when asked none of us could really say what we expected. My friends were not the only ones who knew little about Albania.

We immediately drove to Progradec on the Macedonian border and spent the night overlooking beautiful Lake Ohrid.

Once outside Tirana, Albania seems empty. Traffic is light to say the least which works well if you are riding a bike but the many very large, modern gas stations every few kilometres seems completely out of proportion to the number of cars. There are almost no customers and by the end of my time in Albania it was still unclear who buys all that gas.

Our week’s rollercoaster ride began the next morning. We left civilisation and headed for Gramoz mountain, the highest mountain in southern Albania. We cycled a hilly 70 km to Sotirë where we spent the night at a remote trout farm. It is remote, yet well-marked and is the only sign of human activity for miles in the forested mountains, so I am not too sure how I missed it. Cycling alone in a gap between the fastest and the slowest riders, I started to shiver as the sun dipped behind a mountain. My legs ached and when yet another hill presented itself with still no signs of my group, I wisely turned around. I eventually found the trout ponds and my companions.

Relaxing with beer, chatting and laughing, they claimed to have wondered about my disappearance but evidently not enough to warrant abandoning a beer to find me. “I was in the zone” I told them “and missed the farm.” I surprised myself at how athletic I sounded…much better than “I was tired, didn’t look at my map and wasn’t paying attention”. Despite their jovial state mind, I don’t think they bought it.

There was only one other guest at the farm and our leader Armand explained that it is the “low season”. The guest, who was Albanian, expressed dismay that we would visit this area and asked us why. This leads me to report with some confidence that there is, in fact, no “high season”.

Staying in a small cottage I crouched in front of the space heater in my room until 7 pm trying to warm up and then found my way to supper with the help of a flashlight. The warm wood stove, fresh tomatoes, olives, cucumbers and fish and homemade soup, bread and wine were a welcome end to the day. With the place to ourselves we lingered and chatted into the evening. The temperature dipped to 5°C that night and at 1 am I was hunting through my cottage cupboards for blankets.

The next day we continued climbing and cycled through the beautiful green countryside along the border of Albania and Greece to another simple guesthouse outside Përmet.

This time I found Armand sitting on the road holding his arm out and pointing to the turn for the guesthouse. I suspected this was solely for my benefit. I was grateful. 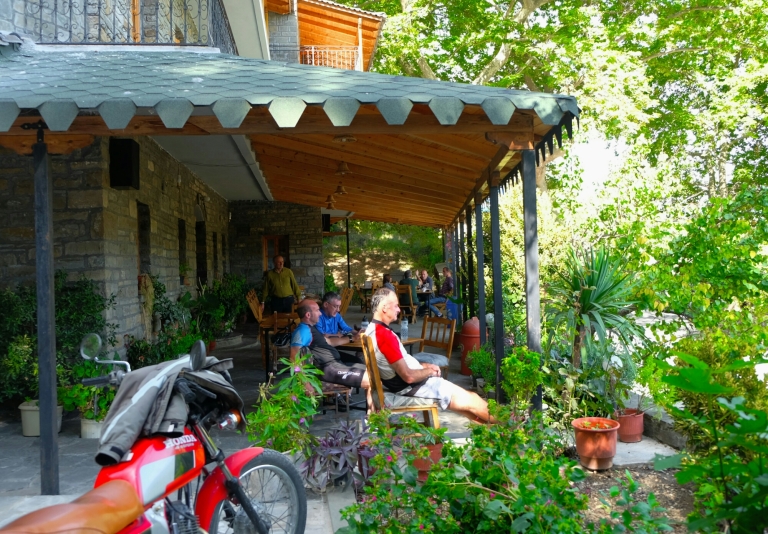 After a dip in the nearby mineral springs we ate meat. We heard that the guesthouse owner was a master of meat and supper that night was just that…and only that. He served plates of lamb and goat and chicken followed by plates of goat kidneys, livers and hearts. Hearing that we spoke English and sensing that we were discussing missing food groups, the meat chef suddenly emerged after the meal with plates of French fries. Likely believing this was a Western staple, I think he must have later called ahead warning the next three hotels of our pending arrival because plates of chips accompanied every meal onward until we finished cycling. They seemed out-of-place amidst the wonderful Mediterranean food we were having.

Over the next three days we learned some of Albania’s history as we cycled the Kelcyra gorge first to Gjirokaster, a city with old cobbled streets dating from the 1300s and then over to and along the coast through Saranda, Himarë and Vlorë. We visited Butrint an archaeological site dating back to between the 8th and 10th centuries that was also occupied during ancient Greek and Roman times and we wandered through a 15th century fort. 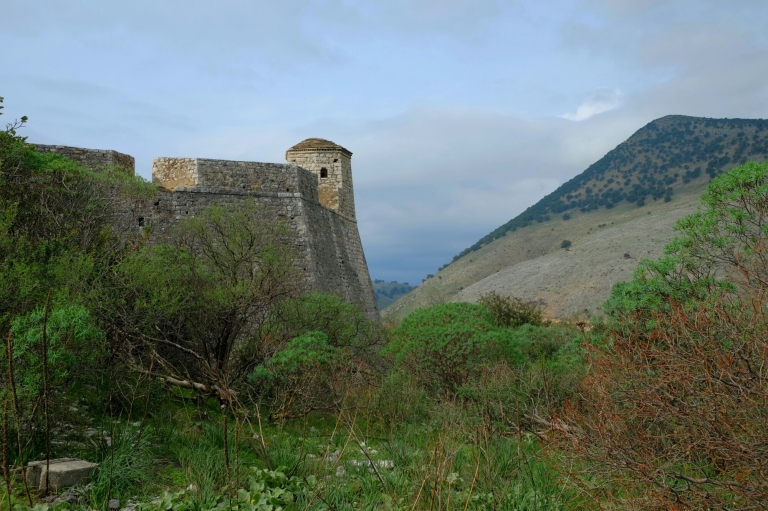 Children shouted “hello” and everyone waved as we passed. We cycled in downpours and high altitude cold mists until we could no longer see and in sunny, warm almost tropical weather.

I learned I was cycling with an Olympic hurdler who had competed for the UK in the 1972 and ’76 Olympics and taken silver at the 1978 Commonwealth Games. He rode up mountains as if he were on a Sunday stroll in the park and set the benchmark for the group. Although nobody kept up with him I learned I could make it up 1600 m in one day and that I wouldn’t cave on a 14% slope. Perhaps most importantly though, I learned that Albania is beautiful, friendly and very much a country still in transition – it is a step back to a simpler time yet it is quickly leaping forward to catch up. I am grateful it has now chosen to share its beauty (and cycling roads) with the rest of the world. 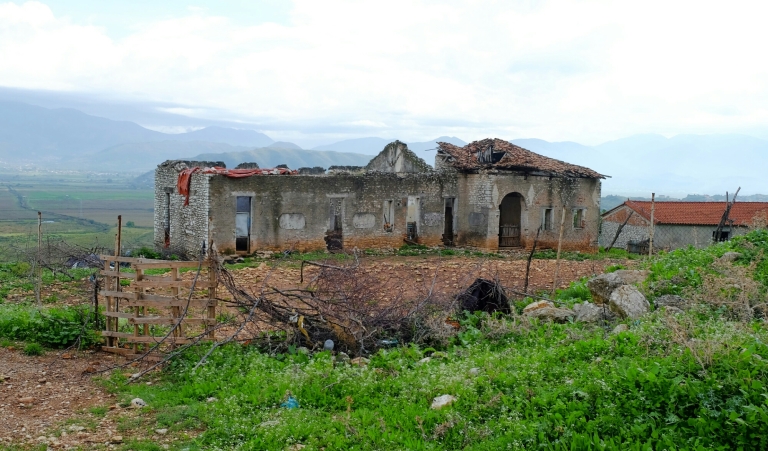 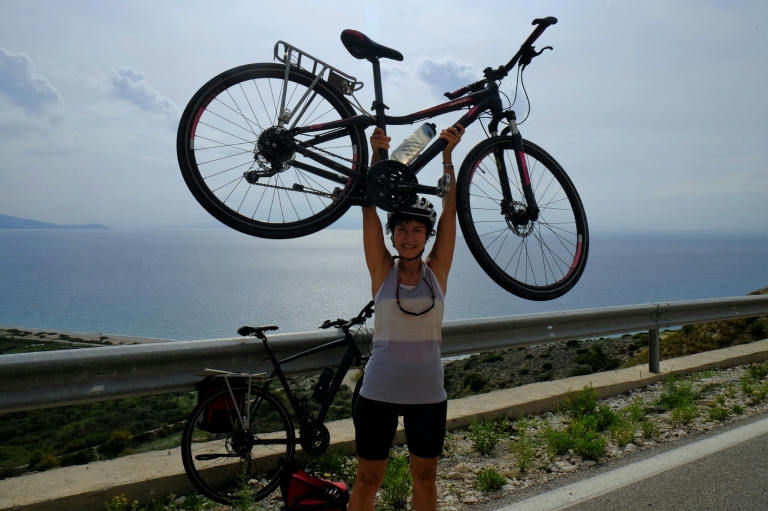