I’m in Spain. Again. I keep coming back, this time to Predaza a town about an hour from Madrid, to meet 14 Spaniards and 15 Anglos. None had met before but all agreed to spend a week together in a secluded hotel in this very quiet little town. In fact, we saw so few people during our stay that I think our presence increased the town’s population by an order of magnitude. 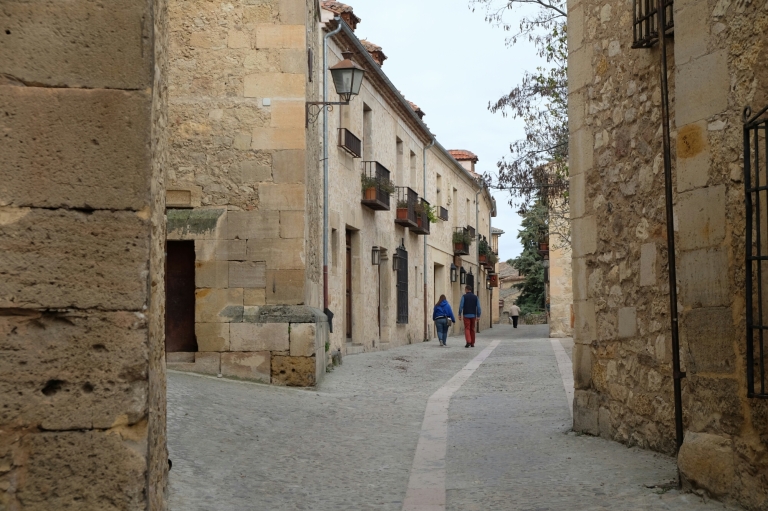 A 6-day English immersion course for the Spaniards with the Anglos as the teachers.  The Spaniards came from all walks of life and all parts of Spain – dentists, retired construction engineers, head hunters, telecommunications professionals, non-profit organization managers, graphic designers, teachers and salesmen from Catalonia, to Galicia, from Basque country to Andalusia.  Thrown headlong into a cadre of English-speakers with good intentions but without formal training in teaching a language and with a broad range of funny accents, the Spaniards would be lucky to survive the week.  Fortunately, most could speak basic English but the pace of the programme requires them to essentially think in English. By the end of the day their brains would hurt.

The Anglos were a strange lot.  A Welsh mathematician who performed poetry readings, a Swede dressed each day in a green three-piece suit, suspenders, pink shirt and bow tie, wearing John Lennon glasses and tightly clutching a Spanish poetry book, the British lead singer for a well-known rock band in the 60s now living in America, an English couple on their 9th round of this volunteer program, an Irish woman for whom life seemed a daily exercise in stress management, a retired teacher from London who could speak at length on any subject without breathing for at least 45 minutes, challenging even the most dedicated Spaniard to stay awake, and a diverse collection of Americans.

There was the American living in North Carolina who knew the US interstate highway system inside out and chose to share his knowledge by lecturing on the highway numbers and pointing out the routes on a map, a Georgia peach who arrived with pecan tarts and iced tea for everyone, a “hi y’all” friendly Texan, a Colorado 20-something woman who confused the Spaniards by randomly inserting the word “like” many times into every sentence to modify all nouns and verbs, a west coast flower child who handed out baby windmill party favours and wished us peace and a woman from Boston who felt the need to give the Spaniards salsa lessons and who seemed somewhat put out when the Spanish program director assumed control of the lesson.  Then of course there was me, the only Canadian in the bunch, with no particular talent to share, but seemingly just as odd, I’m sure.

Six days of back to back, 50 minute 1:1 discussions in English with Spaniards, telephone calls, mock teleconferences, games, skits, presentations and sharing meals and drinks together made the time pass quickly. We wandered most of the town, many times over and rarely saw another soul. The town was empty except for the storks and I was lucky enough to have one of my own outside my bedroom window. The castle and the jail were the main points of interest.

By the end of the week I had performed a scene from Grease (never mind that our Spanish John Travolta couldn’t sing) and one from Midsummer Night’s Dream (never mind that the lovers Pyramus and Thisbe are both played by Spanish men), I had posed for Joan of Arc and The Last Supper photos, been a wealthy investor in a new casino in Spain, shared too much food and wine with new friends, danced the night away and learned about the line no woman should cross in the minds of Spanish men….the line between the couch and the TV when an important football match is on.

On the last night we all went to a local restaurant serving wonderful tapas, lamb and suckling pig and yes, more good wine. Although one of the Spaniards in the group made a reservation at a Predaza restaurant known throughout the Madrid area for its good food, at the last minute we were lobbied hard by the owner of our hotel to go instead to the restaurant owned by his brother, keeping the profit from the town’s recent population spike firmly in the family 🙂 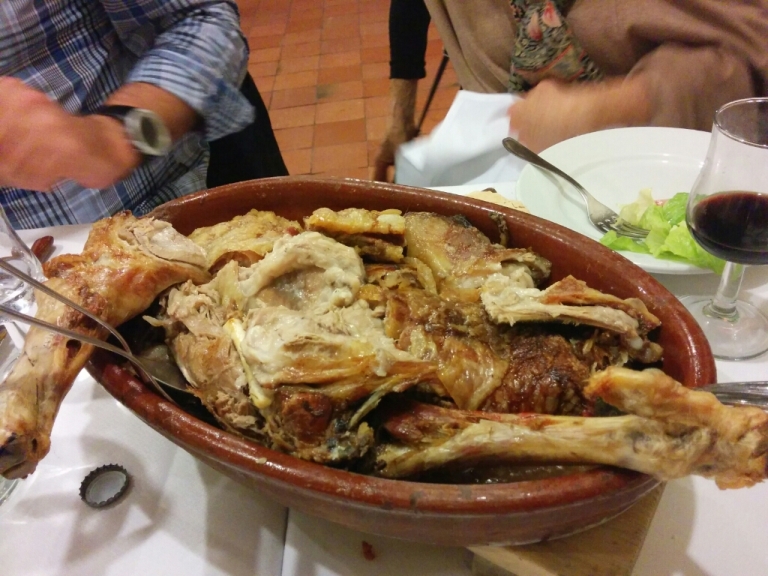 It was a good week. I met one of the Spaniards in Madrid two days later for a drink and more English talk during my Desigual shopping ritual. I was surprised he suggested it, given that his brain was in a state of meltdown by the end of the Pedraza week. I was later asked to join a group of them in a bar to watch a Real Madrid football match but unfortunately became ill that day so had to pass. It would have been fun.

In Madrid I stayed in the apartment of a Spanish friend from a previous immersion programme and was lucky enough to be taken to see the monastery at San Lorenze de El Escorial, the palace at Aranjuez, and to Mostoles to have lunch with a Spanish woman I had met in Canada. 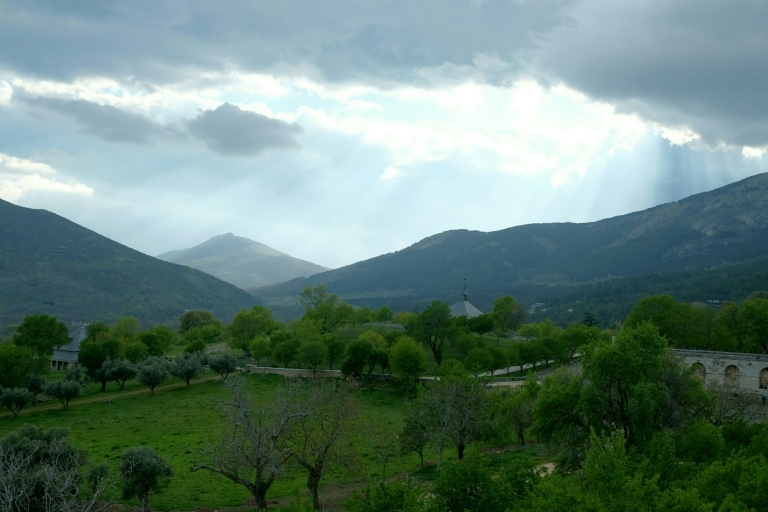 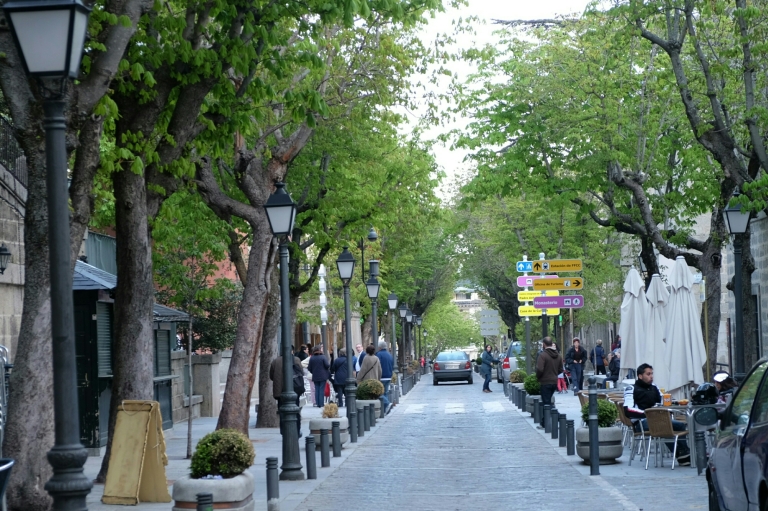 I love Spain, its warm and generous people, the countryside, the cities and the food. I’ll keep coming back and may even add my funny accent to the mix again to muddle the minds of Spaniards, next time in a different part of Spain. And there is always the Camino de Santiago waiting as well…perhaps by bike.