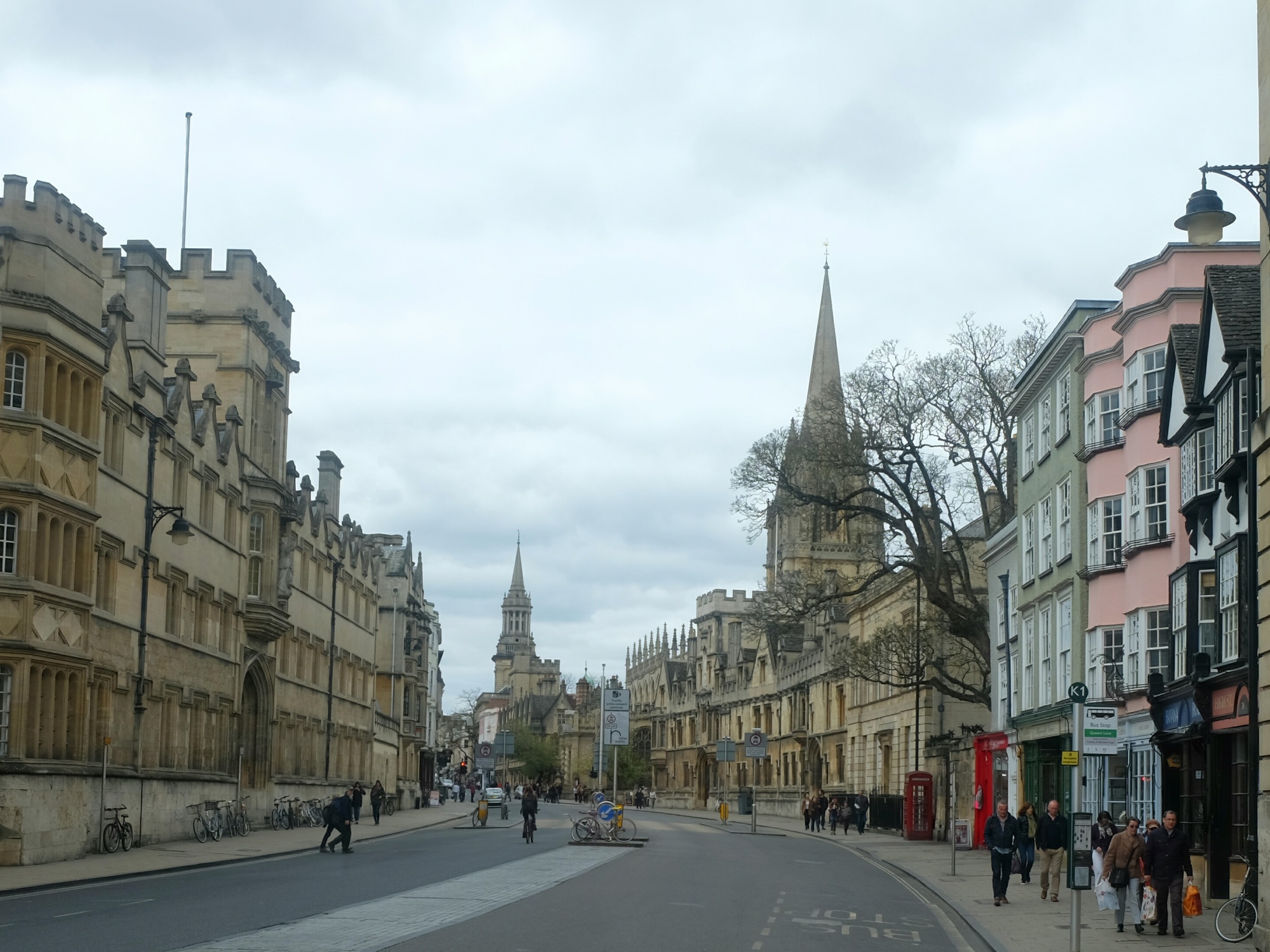 I’ve been to Oxford twice before.  I think it helped.  It’s been years though, and so when invited to spend part of a weekend in Oxford, it seemed a good opportunity to pop in again and top up my brain.  I felt sure that through osmosis there was wisdom to be gained as I walked through, or simply peered through the gates of, the inner courtyards of Oxford University’s colleges.  Moreover, the residual intelligence that most certainly must exist in the supernatural world from the many well-known dead scholars was bound to improve my brain power.  What did I have to lose?  And when pointed out to me by one of my accompanying friends that he happened to be England’s best when it came to an English guide, I knew the weekend would be a success.

We arrived tired and thirsty and so felt lucky to stumble upon The Bear, the oldest pub in Oxford. It was a welcoming place with a nice atmosphere to begin our visit.

We found a cozy corner but I had my doubts that it was a scholar sitting next to us. Overly bejeweled and wearing a hat that contained business cards of restaurants he’d visited confirmed my suspicions.

The green man beside us, also made me wonder whether my alma mater might have been just as good. 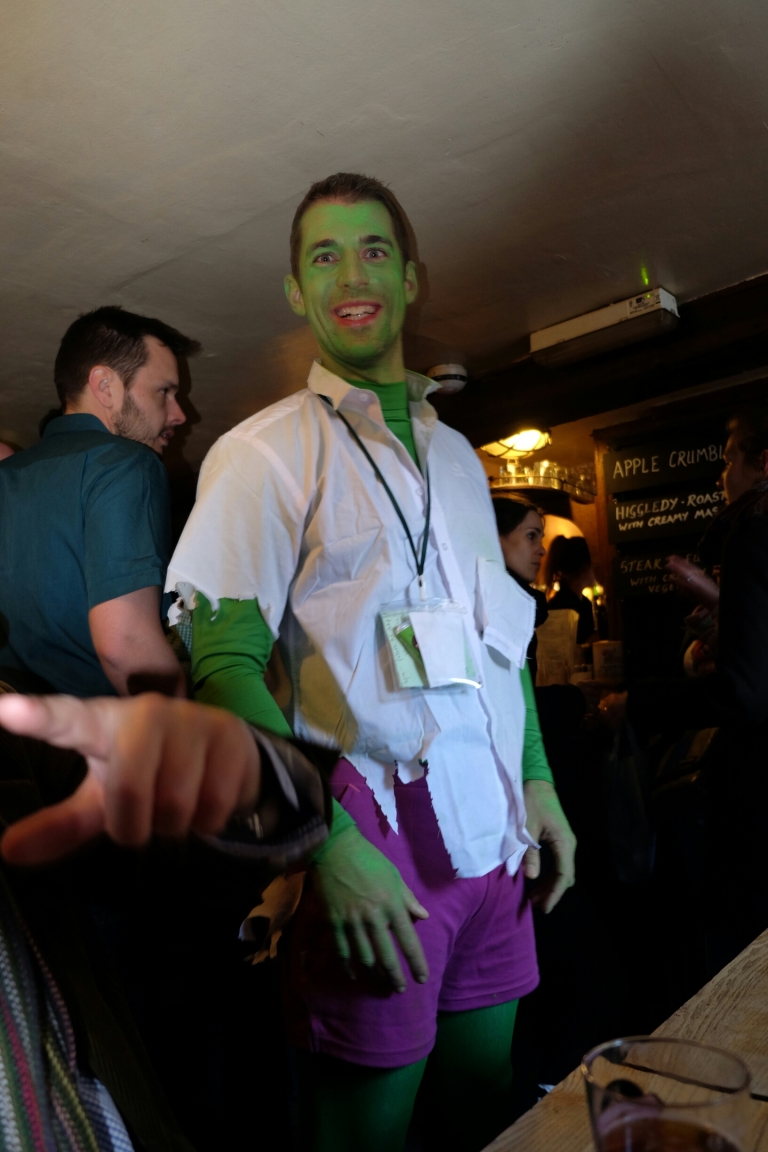 We took advantage of the spectacular sunshine that day to wander the beautiful colleges. This seemed better on the intellectual front. I think I felt my head becoming heavier (although there is a possibility that this was not increased intelligence, but simply increased pressure in my sinuses from the aftermath of a cold I had earlier). 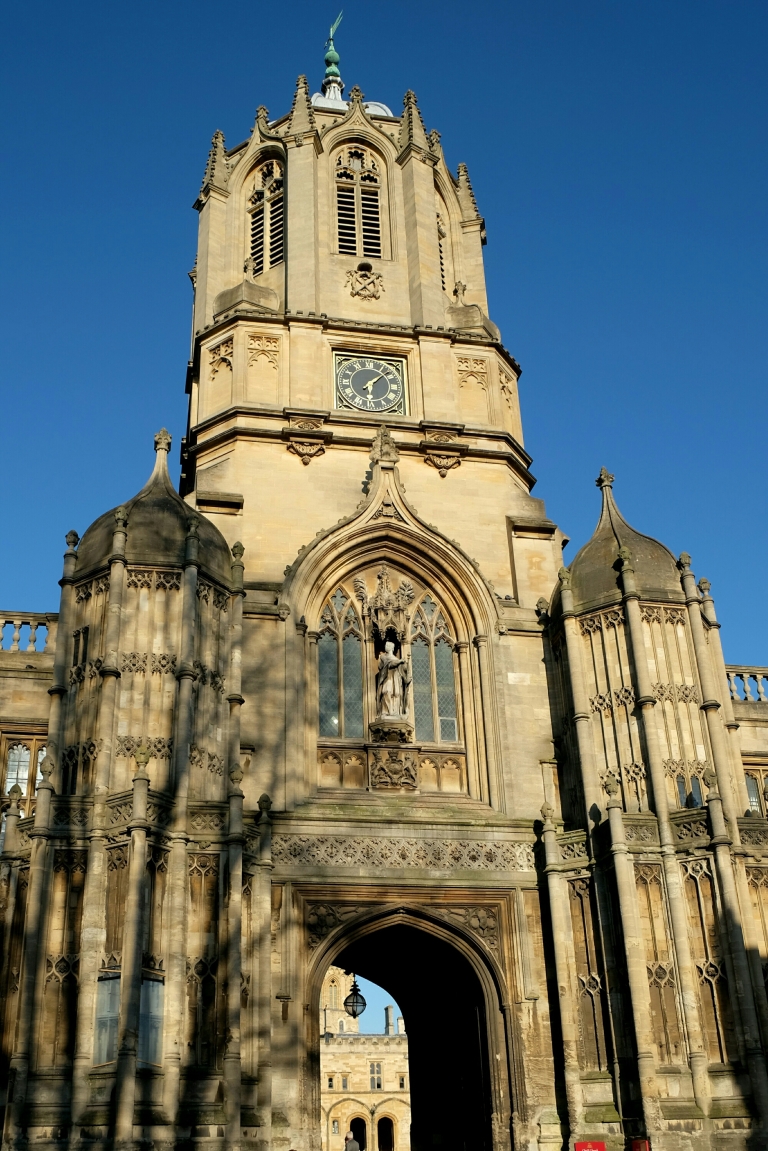 The Eagle and Child, part of an endowment to St. John’s college, was the pub where Oxford faculty members J.R.R Tolkien and C.S Lewis met as part of the Inkling writers group. We ate dinner there the next day. Surely, my writing will improve now. We passed Kenneth Grahame’s grave and a bit of Toad’s cleverness in outsmarting Water Rat rubbed off. We also saw a lot of Christ Church College (including its cathedral), the environs for mathematician Charles Dodgson (aka Lewis Carroll). Both were good signs I thought.

Of particular interest to me was a Bodleian library exhibit. Original drawings by Tolkien, illuminated plates from Songs of Innocence by William Blake (1789), original plates from Audubon’s Birds of America (1828), the Principles of Mathematics by Newton (1687) and the list goes on. 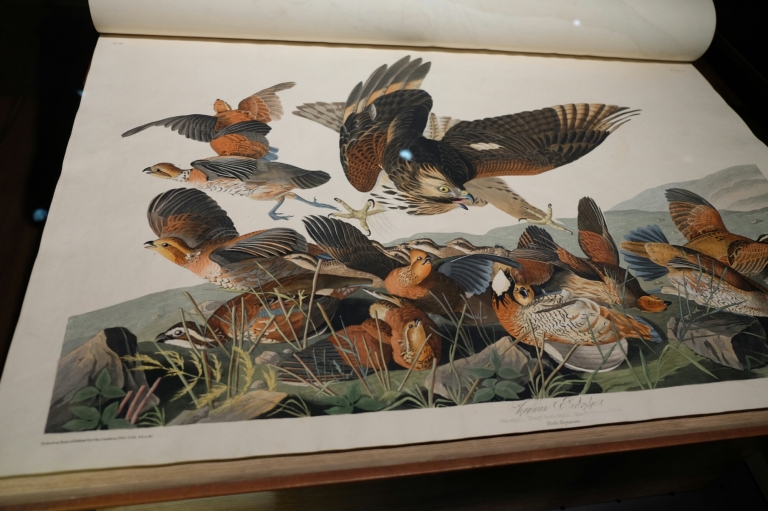 Initially, Shakespeare’s works were not accepted, to ensure that the Bodleian library was not “stuffed with baggage”. As with many artists, it is often after their death that their genius is realised. I suspect it won’t be until I peg out that my blog entries will make it to the Library 🙂

It does make you aware, however, what a true work of art a book was then. So different than the templates you can get today to help you write a book and the sterility of the Kindle as a way of reading the book.

This weekend was a Morris dance gala. Many groups in colourful costumes danced in the streets. Thankfully, I was little influenced by the ones wearing brown and orange streamers for fur with their faces painted like lions, but there was a group that like Lipizzan horses mastered Airs Above the Ground. Either that, or given the broom-like sticks they were holding, his was the local Quidditch team in practice. Harry Potter’s Quidditch is now played in Canadian universities and teams are popping up everywhere in North America. I have my suspicions that they don’t play it in the air though. I’d be wise to let them know about this team.

With a last look at what appeared to be the Rialto bridge in Venice, but turned out to be the Bridge of Sighs at Hertford College and at the happy scholars guarding the History of Science museum, my time in Oxford came to an end. 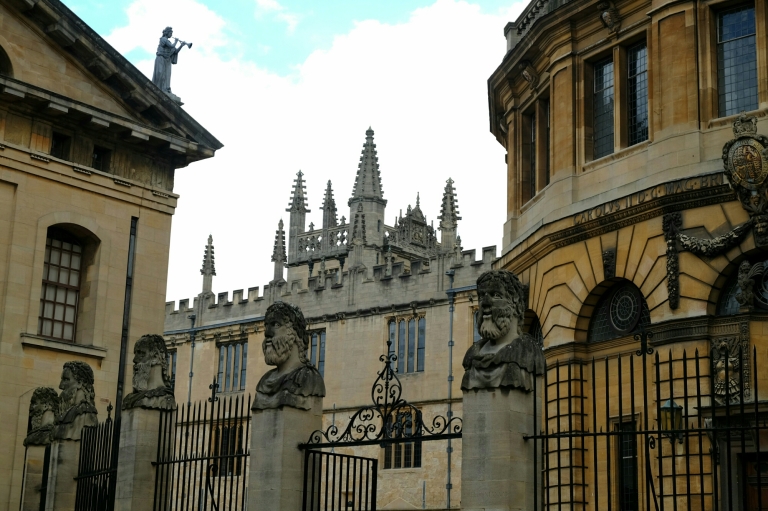 I think my guide breathed a sigh of relief at not having had to recount any of Oxford’s history – the open top bus tour covered most of it for him, starting with William the Conqueror. So with this visit his guiding skills were not put to the test, although he did hold the map and point us in the right direction. And so with my brain topped up we all headed back to London.